Attached here is a copy of the letter which was issued on 25th November detailing those clubs which will take place between January and April 2020.

Our clubs run for a full term - so from Sept to Dec, Jan to Apr and then Apr to July each year.  There is generally at least 1 club after school each day - and usually more!  The majority of clubs are on a first come first served basis and as of September 2018 there is a charge of £1 per week for these clubs.

The only clubs the above does not apply to are those where specific children are invited to attend.  There is no charge for these and they may not run for the same weeks as the general clubs.

Letters with information on which clubs will be offered are issued before the end of the term, (so July for Sept, then Dec for Jan and Apr for April).  Your child can then choose the clubs they would like to attend - you would need to complete the form, sign it to confirm you are happy to pay and for your child to attend and then that form should be returned to the school office.  During term 1 - September to December each year we do not offer the clubs to our new Year 3 cohort.  However, they will be given the letters in December for clubs starting in January.

Clubs for January to April 2020

For your information - the clubs will run on the following dates during terms 3 and 4.

The clubs which are running are as follows:

Dance Club/Choir/Girls Football/Netball and Cross Country will occasionally have special events for those attending - this area will be where online copies of letters issued will be stored. 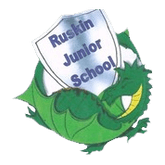